Overton County, Tennessee, was formed in 1806 from Jackson County, Tennessee, and Native American lands. The county was named for Andrew Jackson’s friend Judge John Overton, judge of the State Supreme Court, and co-founder, with Andrew Jackson and James Winchester, of Memphis. In 1835, the county seat was moved from Monroe to Livingston. There was an election in 1835 to see if the people preferred Monroe or Livingston.

Photo by the Livingston Chamber 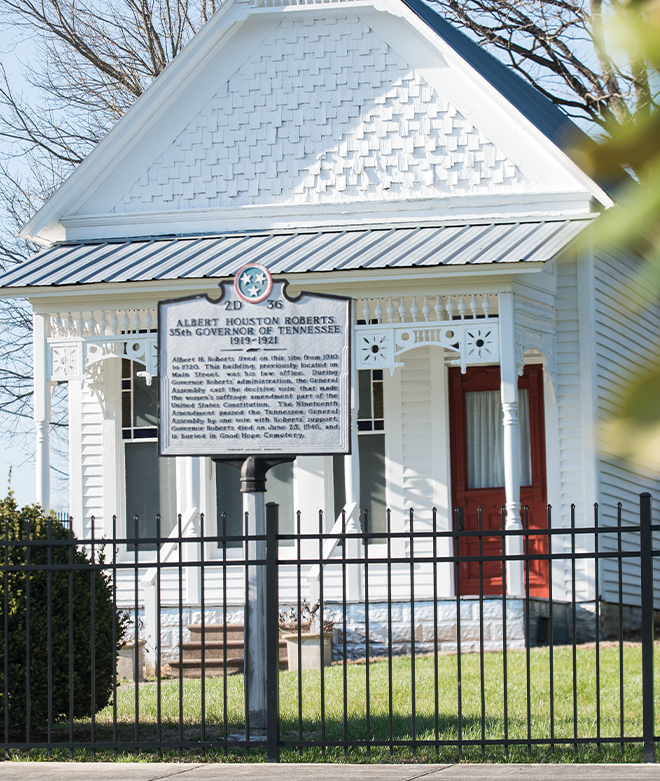 Photo by the Livingston Chamber

Jesse Eldridge and 10 others who favored Monroe started out to vote but stopped overnight in the Oakley community. Eldridge, who personally favored Livingston, arose early in the morning and released the horses of the others who favored Monroe. He then rode to Monroe and voted. Overton County was originally a part of Davidson County and later Jackson County. In 1805, Moses Fisk surveyed the first village in what is now the community of Hilham. On September 12, 1806, the area of Overton County was established by the state legislature as a county. The Indian Territory that had been within, over which Cherokee Chief Nettle Carrier presided, was conceded to Tennessee for use by the white man.

Overton County, at one time, included part of the territory that eventually became Fentress, Clay, Pickett and Putnam counties, and since many of the early records of these counties have been partially or entirely destroyed, the extant records of Overton County are important.